How does Abacus Increase Memory Power?

The word Abacus has originated from a Greek word called Abax which means a calculating board. It is an ancient mathematical tool and was used as a real calculator until a more advanced instrument had been invented. Although it was invented several years ago, people still realize its importance and they train their children for a number of benefits associated with the abacus. 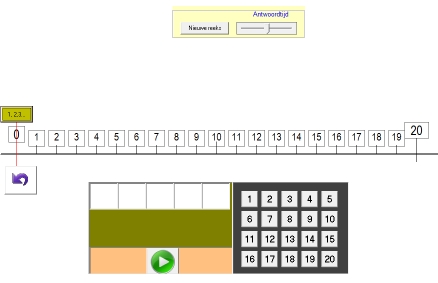 Let us see how Abacus for beginners increases memory power?

Development of the right brain through the abacus calculation

The brain has two sides, a left and a right side and both these sides have specific and different functions. The left brain controls many functions such as calculation, reading, writing and logical thinking. The right brain, on the other hand controls vastly different functions such as creativity, artistic abilities and three dimensional senses. When a child is introduced to abacus she is capable of developing the right side of the brain and improve on her creative ability to a great extent. Research has also proved that abacus learners have shown neural activity in the right brain when they are listening to music.

When children learn abacus it increases memory power and strengthens the childs mental framework. It develops better reflexes and improves the attention giving ability of the child to a great extent. Through abacus training the child is able to listen and attend to a task effectively and more efficiently. When a child is constantly trying to master his skills on abacus it improves the intellectual growth of the child and fosters the growth of brain cells which aid in better memory and visualization. According to studies when children are exposed to the right kind of stimulation, it aids in brain growth and longer the better. Hence

How soon can a child be enrolld in Abacus learning programs?

As soon a child learns to count backwards from 1-10, he or she is well equipped to join training programs which help them to learn abacus. The sooner the better because a young brain develops faster and most of the brain grows by the age of 10. There are some parents who enroll their children to training programs when they are 5 years old. If you enroll your child at an older age they can pick up pretty fast and be at par with other kids.

When a child takes up learning abacus there is a dramatic improvement in school work due to the increased brain capacity and good memory.

The child is able to concentrate and learn better

The child is able to calculate much faster than his peers

He has a good memory and even better retention skills

The child can cope better with stress and peer pressure

The child has enhanced reflexes

It improves the childs ability to focus and improves concentration

The child has a good logical thinking ability

The child is able to express and think creatively

The child is a better problem solver

These are some of the many skills which a child can achieve when he/she is exposed to learning abacus and the child is able to exhibit these skills as a result of good memory and better mental framework.

Teaching is my passion. And learning is my life-long mission. I am an early childhood educator that strongly believes in co-learning, where children take on the role to explore and learn about the world with an educator's guidance. This platform is to share my experiences with the people who are looking to see the world through the lens of a child.